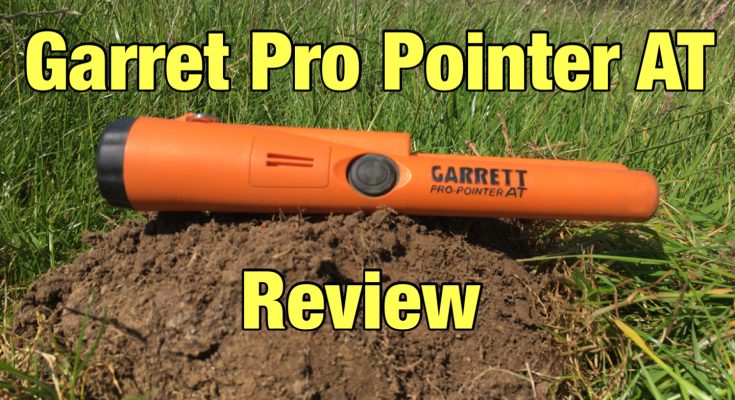 What Exactly is a Pinpointer?

For those of you who do not know what a pinpointer is, it is a simple handheld probe like device that helps detectorists to quickly locate small metal objects hidden in soil or sand by emitting a beeping tone and/or vibrating. The beeping tones/vibrations intensify as you get closer to the target object, allowing you to quickly narrow down the location of your find.

Garrett a Brand That You Can Trust

The Garrett Pro Pointer AT is probably one of the best selling metal detector pinpointers on the market, and quite rightly so. With its rugged quality build, ease of use, and impressive performance, the Pro Pointer AT is a ‘must have tool’ for metal detectorists who take their hobby seriously. What’s more, Garrett is a trusted, and respected American brand in the metal detecting community with over 50 years of experience in the industry.

‘AT’ stands for all terrain, and the Pro Pointer is indeed suitable for use in all terrains, whether that be land, beach, or even underwater. Affectionately known by metal detectorists as the ‘Garrett Carrot,’ due to its bright orange colour, the ‘Carrot’ is undoubtedly one of the best pinpointers that a metal detectorist can invest in.

I can genuinely recommend the Pro Pointer AT, as I am a metal detectorist of several years experience, and it is without a doubt my ‘pinpointer of choice.’

Why Should a Metal Detectorist Use a Pinpointer?

From a personal perspective as an experienced metal detectorist of some years, a pinpointer is an essential tool in the ‘detectorist’s toolbox.’ Locating a small metal object in a large pile of soil or sand without a pinpointer is a tricky and time consuming task. Some detectorists may solely use their metal detector coil to locate a small object in a pile of soil. However, since a detector coil covers a relatively large detecting area it is far from ideal, and you will inevitably end up wasting significant time and effort. Using a pinpointer such as the Garrett Pro Pointer AT will significantly reduce the amount of time you spend locating metal objects, and therefore increase your ‘finds rate.’ Your metal detecting sessions will become far more productive with a pinpointer, with far less effort involved.

Operating the Garrett Pro Pointer AT

The Pro Pointer is operated with only a single oversized button to control all features. The oversized button is helpful, as many detectorists wear gloves, so pressing a small button can be challenging. With this single button the user can turn the device on/off and select all pinpointer features available.

Personally it took me around 2 to 3 hours of use to become fully accustomed to the single button operation of the Pro Pointer, so the learning curve is relatively short.

The Pro Pointer features 3 sensitivity modes at the push of a button. These are minimum, medium, and maximum. Many cheaper pinpointers do not feature any manual control of sensitivity levels.

You might ask why would you want to change the sensitivity of the pinpointer? There are a few reasons as to why:

The sensitivity of the pinpointer can also be manually adjusted using a feature known as ‘fast retune.’ Say for example you have the Pro Pointer AT on minimum sensitivity, while detecting in salt water. You notice that even at minimum sensitivity, the pinpointer is still giving you false signals due to the conductive nature of salt water. This is where ‘fast retune’ comes in handy. Simply place the Pro Pointer AT into the salt water and press the button once. The false signals from the salt water should now be tuned out. This method is also useful in highly mineralised soil.

Fast retune can also be used to narrow the detection field of the pinpointer and precisely home in with laser focus on the location of an object buried in soil. This is incredibly useful, if you are trying to locate a large object at depth that is proving elusive to find.

’Lost Pinpointer’ Alarm Feature. A Boon for the Forgetful Detectorist.

From personal experience, it is incredibly easy to leave a pinpointer lying in long grass after digging a hole and then wander off leaving it behind. The Garrett Pro Pointer has additional clever feature in case you misplace it. If the pinpointer is left on for 5 minutes without any buttons being pressed it will start emitting a ‘rescue alarm’ in the form of chirping sounds. This ‘rescue alarm’ will continue for 1 hour before turning off, giving you plenty of time to relocate it. After 60 minutes the Pro Pointer will auto power off to save battery life. Additionally, if you are unfortunate enough to be forgetful as myself, then the bright orange colour scheme should make trying to relocate your lost pinpointer slightly easier.

There are certainly far cheaper pinpointer options on the market than the Garrett Pro Pointer AT. The cheaper rivals often made in the likes of China, however are often a poor investment. I personally have tested several of the Chinese pinpointers, and they tend to have a limited lifespan (a year or so, if you are lucky.) They also tend not to be fully waterproof like the Garrett Pro Pointer AT. I accidentally dropped a cheap Chinese pinpointer that I had owned for only a few weeks into a puddle. Despite retrieving it from the water within seconds, it was basically finished. Additionally, cheaper pinpointers tend not to offer manual sensitivity control, which is a valuable feature in certain scenarios.

Whilst the Garrett Pro Pointer AT is a true ’all terrain’ pinpointer ideal for land or beach usage, it is particularly well suited to beach detecting, due to its IP68 waterproof rating. If you are interested in beach detecting near salt water, I would strongly recommend the Pro Pointer over a cheap Chinese pinpointer for this reason. Additionally, cheap pinpointers tend not to offer manual sensitivity control, and as a result often struggle operate to properly in salt water environments due to falsing.

With its sturdy build, advanced features, and genuine IP68 waterproof rating, from a usability and financial perspective the ‘all terrain’ Garrett Pro Pointer AT, is a wise choice indeed, that should serve you well for years to come. 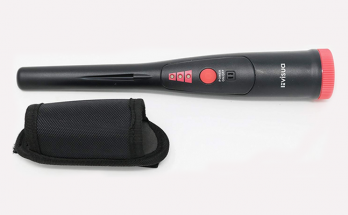